Two CACIB for Arthurpedigree this week-end, his owner Laurent Villa can be proud of him, his dog becomes champion of Catalonia. The diplom in 3 languages (French, Spanish and Catalan): 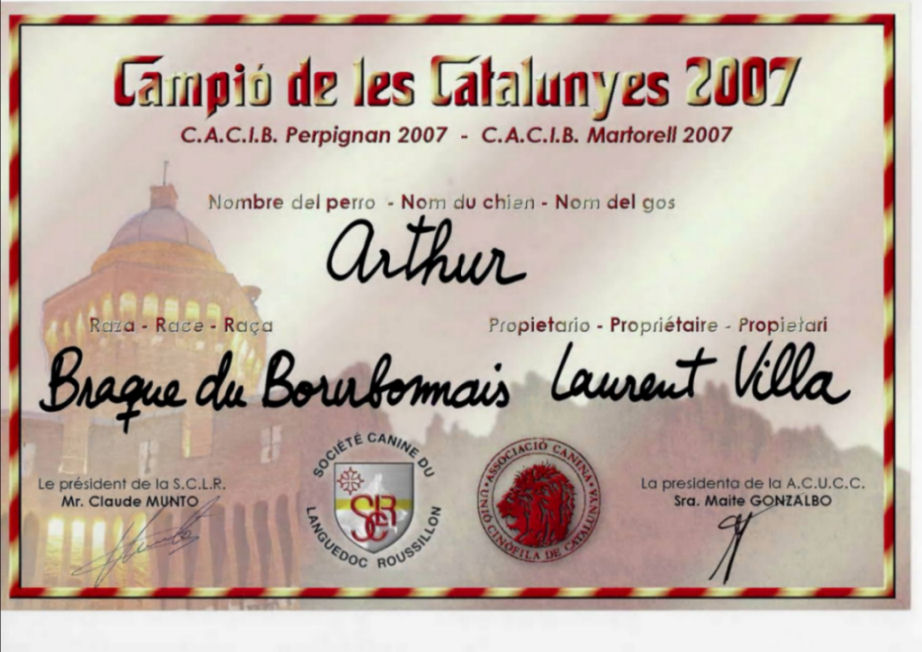