With this new world champion title, pedigree enrich again the list of title obtained in 20 month. This list deserves to be given here, as well as congratulation to Rubens Vaglio who puts so much energy to make the Borubonnais better known in Europe: 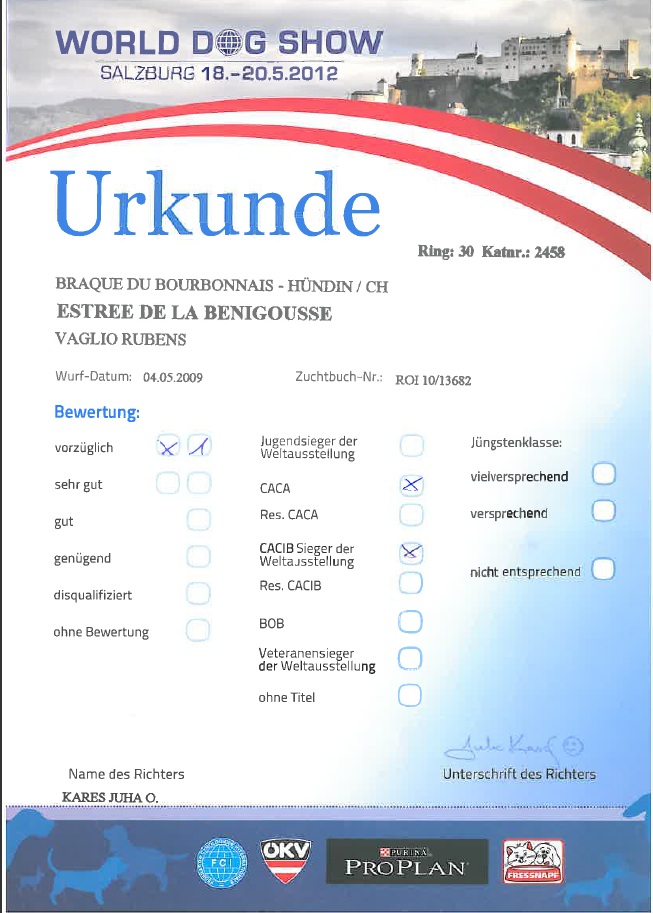 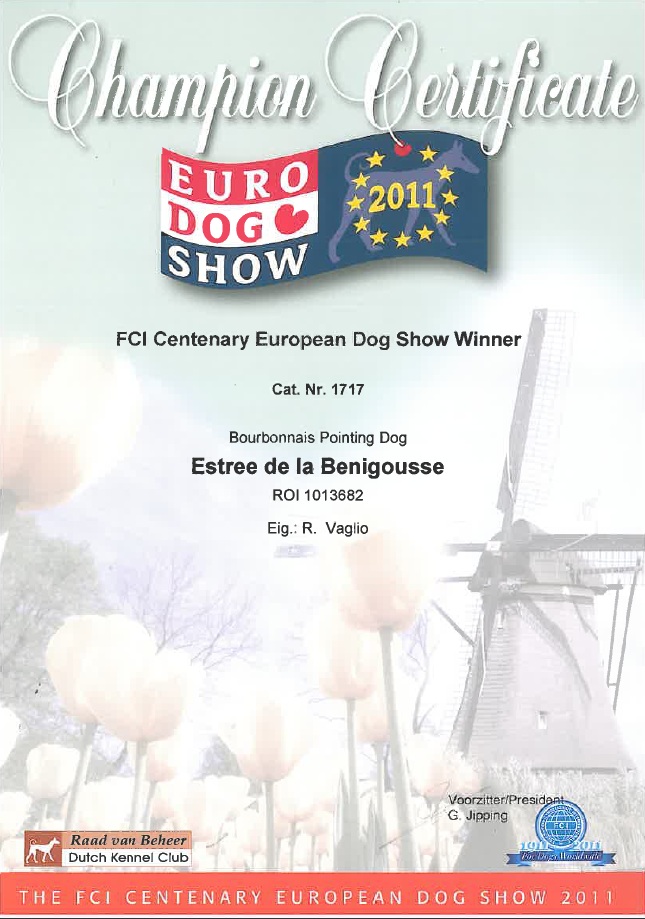 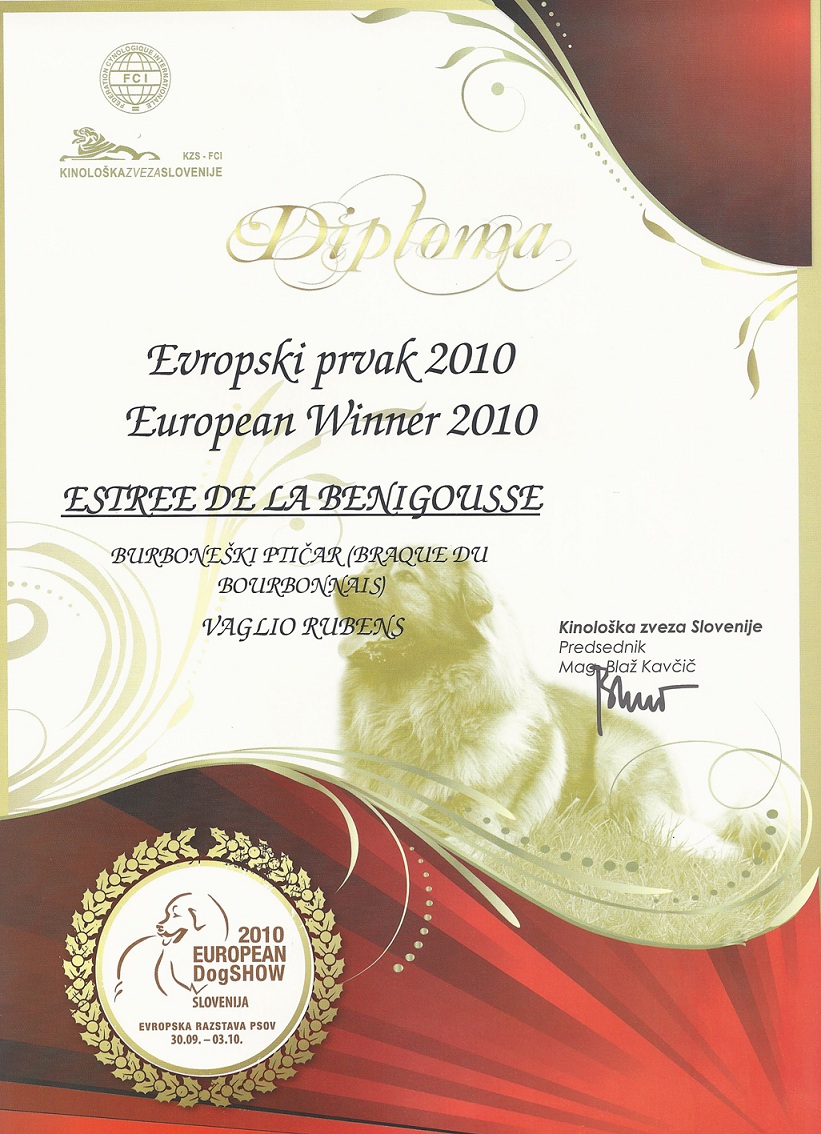 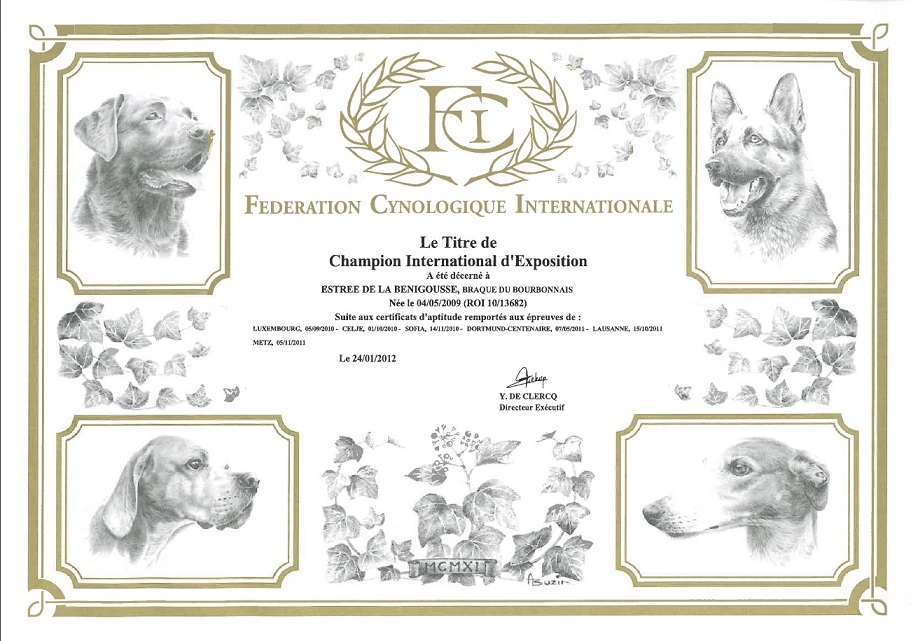 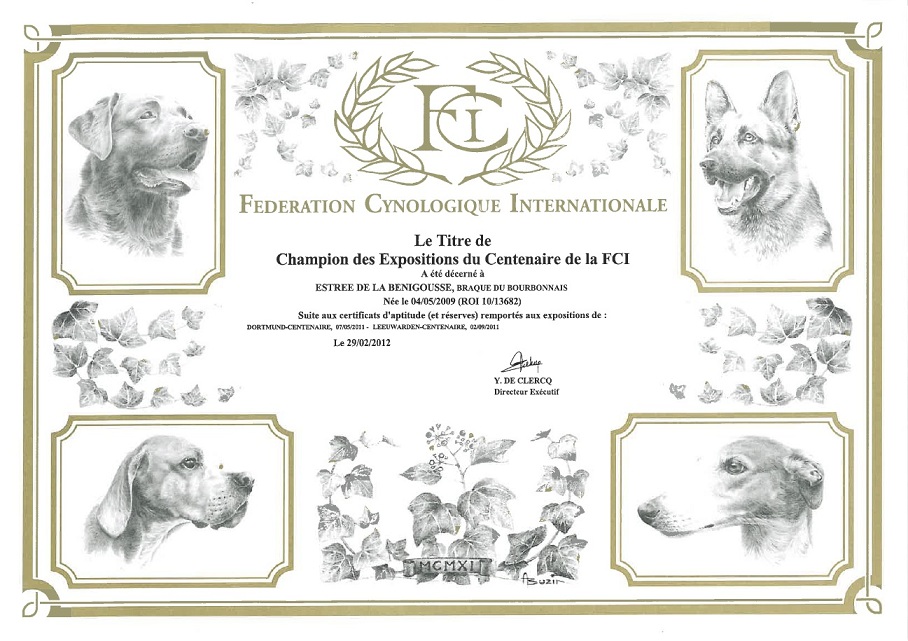 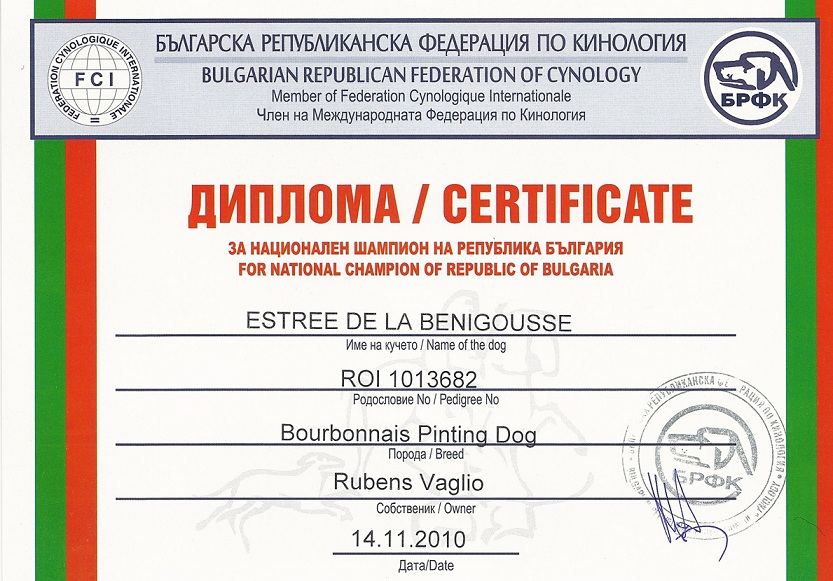 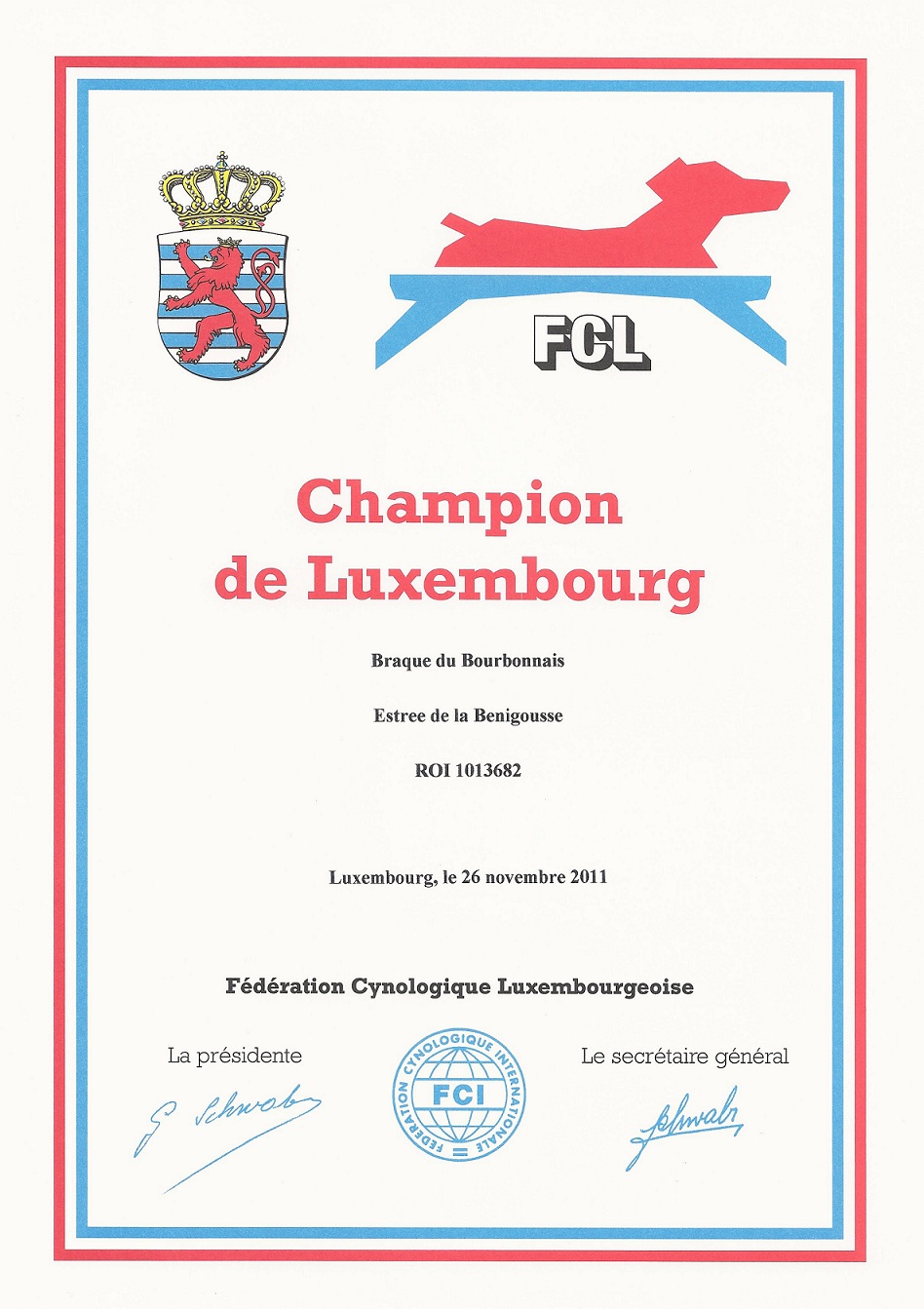